We often only know it under its other name, because Vitamin B7 is relatively seldom what we read on packaging or products, if it is contained. The more common name is biotin, formerly also known as vitamin H. We have taken a closer look at the well known vitamin and explain in the following how important it is for our body.

What is Vitamin B7?

Vitamin B7 belongs to the group of B vitamins and is also known under the name biotin or formerly vitamin H. Like the other B vitamins, it is water-soluble and plays an important role in the body when it comes to the quality of hair, skin and nails. It also plays an important role when it comes to the components of the cell nucleus and thus controls many a gene function. It is also often mistakenly referred to as vitamin B8, which can be used to describe folic acid as well as inositol and is therefore not a vitamin. It was first discovered in 1898 and was given its name vitamin H because it was primarily used to keep the skin healthy. In 1901, a method was developed to extract biotin from yeasts. 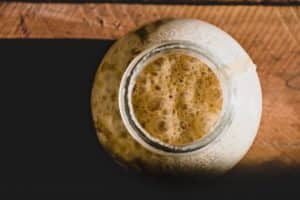 What are the symptoms of a Vitamin B7 deficiency?

If there is a deficiency of biotin, it quickly has an effect on many things. This causes the metabolism to falter, which causes further problems. Since biotin influences the carbohydrate, protein and fat metabolism, the problems arise at every stage of utilization in the body. The so-called carboxylases, which are controlled by the biotin, can no longer perform their function and thus an extreme exhaustion develops.

Those affected are tired, have muscle pains and are hypersensitive to many things. False sensations or even hallucinations can occur. Nausea and loss of appetite, on the other hand, are still the lesser nausea. The deficiency is particularly noticeable even some time later, because even if the level is balanced again, it shows deficiency in the nails, which are fragile, as well as the hair. The cholesterol levels are very high and in the worst case there are problems with the heart function, one looks pale and has difficulties with movement. Such a deficiency is caused by various causes.

Usually this can be achieved by a balanced diet, but sometimes there are other conditions that favour a deficiency. For example, patients with short bowel syndrome are affected, as are those who need regular dialysis. Pregnant women who are predestined to develop a biotin deficiency, especially in the first third of pregnancy, represent a particular risk group. It is suspected that biotin is degraded more rapidly in the body during pregnancy, which is why the need for biotin is increased.

How does Vitamin B7 work and when can it help me?

Biotin influences many processes in the body, which is why it is so important. Here is a brief overview. Vitamin B7

It is therefore a small all-rounder, but specific in its tasks. Without sufficient biotin in the body, certain processes cannot be promoted and thus get considerable problems with the metabolism. In medicine, it is often used to compensate for various deficits. It is often contained in multivitamin preparations and prevents metabolic diseases when administered in increased doses.

Where is Vitamin B7 found?

It is good that Vitamin B7 can be very well supplied via food, so that a lot can be covered by the diet. Below are a few foods, including their content in micrograms:

It is important during processing that the vitamin is relatively light-sensitive, but has no problem with heat. This means that it can also be processed without problems up to a temperature of 100 degrees Celsius. If the products are stored correctly, losses during cooking are limited to less than 20 percent. 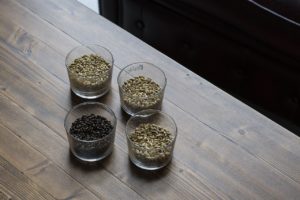 What is the daily requirement of Vitamin B7 for men and women?

When it is needed, the spirits differ, because it is not exactly known. There is a lack of studies in this respect that prove some things, which is why one still relies on so-called plausibility considerations. However, the European RDA recommends a dose of 50 micrograms per day for healthy adults. The sex as well as the age group does not play a role here. A few years ago, the recommended dose was 150 micrograms per day. Often a dosage is given as needed, but should be checked regularly, ideally by a doctor.

Is there a Vitamin B7 overdose?

So far, such overdosing symptoms have not yet become apparent. The observations made in this regard extend to tests in which the test persons received a dosage of 10 mg per kilogram body weight and were monitored over several years. There were no negative effects. Within the framework of animal experiments – the only thing on which the theses can be based – it was shown that rats developed a slight overweight with the regular and above all long-term administration of biotin. In these rats, the resorption of a fetus also occurred from time to time. However, it should be noted here that such observations have not yet been made in humans and therefore an overdose seems almost impossible.

Biotin is also used in many respects as a dietary supplement, both individually and as a combination product. Here, the effect on hair, skin and nails is mainly targeted, whereby the dosage is always very different. In combination with zinc or silica it produces good results.

First studies on biotin were conducted in MS patients, where an immune treatment of the metabolism was performed with higher doses. In the pilot study of two clinics, a dose of 100 to 300 mg was administered to the control groups. Of the 23 patients, 21 experienced a marked improvement in symptoms and thus a practically good benefit could be demonstrated.