Compared to the other B vitamins, Vitamin B6 is a very interesting component of the series. Because it consists not only of one chemical compound, but also of three. We have taken a closer look at this interesting vitamin and will go into it in more detail below.

What is Vitamin B6?

Vitamin B6 is not just one, but, as mentioned above, three different chemical compounds. These are all the precursors of the vitamin pyridoxalphosphate, as the vitamin is also called. The three chemical compounds are called pyridoxine (an alcohol), pyridoxal (amine) and pyridoxamine (aldehyde). They are essential for humans, as they cannot produce them independently and must therefore be absorbed through their diet. The vitamin plays a major role in the metabolism and performs various tasks to facilitate the synthesis of other substances. At the same time it provides for the degradation of the ‘animal’ starch. It also plays a major role in fat metabolism as well as in amino acid metabolism. Its activity profile is rounded off by the control of the hormone balance and a positive effect on the immune system.

What are the symptoms of Vitamin B6 deficiency?

A Vitamin B6 deficiency is usually relatively rare, as the substance can be supplied separately through a good diet. However, those who suffer from a deficiency first have a wide range of symptoms. A simple loss of appetite, diarrhoea and vomiting can be a sign. Other symptoms include dermatitis, growth disorders or anaemia. Cramping conditions at irregular intervals are the rule in cases of serious deficiency, as are problems with the skin in the mouth, nose and eye area, the so-called T-zone. In the worst case, it can also lead to psychological changes such as anxiety disorders, sleep disorders or paraesthesia. Unfortunately, the vitamin also plays a role in the nerves, which can lead to degeneration of peripheral nerves if there is a deficiency. Ataxia or paralysis are the result. During this state, the signals are no longer properly transmitted to the brain and, for example, movement sequences can no longer be properly controlled.

How does Vitamin B6 work and when can it help me?

The body needs pyridoxine in order to

It is therefore an essential vitamin that the body cannot do without. It is also stored in the muscles and the nervous system also benefits from its activity because it can produce neurotransmitters.

Where is Vitamin B6 found?

Fortunately, the need for Vitamin B6 can be controlled by the diet, as it is contained in numerous foods. However, the dose is always relatively low, so you should keep an eye on the content. Very good animal sources can be outlined in dairy products, meat and fish. Cabbage and beans are very popular among vegetable sources. Below is a list including the amount in grams that would be required per day for cover:

It is therefore well worth putting together a portion of several foods to cover your daily needs. Special types of fish such as mackerel or sardine also provide a good amount of the vitamin. For cabbage vegetables, broccoli, Brussels sprouts, spinach and tomatoes can all be considered. For fruit, avocado and banana are a good choice. 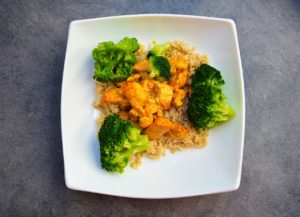 What is the daily Vitamin B6 requirement for men and women?

How much pyridoxine a person needs depends on which proteins are supplied. Some release more of the vitamin, others less. The German Nutrition Society calculates a value of 0.2 mg per gram of protein. Therefore, men would need 1.8 mg, women 1.6 mg. A special need exists for breastfeeding and pregnant women, where the value is higher and lies at 1.9 mg. Children need between 0.4 and 1.4 mg, depending on their age. Gender is not yet the decisive factor here. The intake of protein is also always important in the calculation. It is said that the more protein the body absorbs, the more Vitamin B6 is needed to cope with the work.

Is there a Vitamin B6 overdose?

Since it is often already a difficulty to really cover the daily need, an overdose is almost impossible. If, however, this does happen, the following symptoms should be expected: gait disorders, reflex losses or photosensitivity. Likewise the overdose affects the nerves, which develop poisoning symptoms. In the worst case this leads to tachycardia and circulatory disorders. However, this will only be the case from a level of about 1 gram more than necessary. If men who take in additional pyridoxine for training purposes in the long term over a measure of 20 mg per day, are subject to a twice as high risk of developing lung cancer. We will discuss these effects in more detail later, other precancerous stages are also pre-programmed here.

Pyridoxine is particularly popular in the area of dietary supplements. For example, it is popular with men or people in general who do bodybuilding because it influences their metabolism. The same applies to people who want to lose weight. When choosing the right product, it is important that the vitamin is not overdosed and only taken in appropriate doses. The market is quite rich here. The product is offered in the form of tablets and capsules or is also available as powder in combination preparations.

Studies have shown that an increased intake of Vitamin B6 plus folic acid has both therapeutic and preventive properties. Together with folic acid, it was tested on various volunteers suffering from multilayered diseases. It lowers the homocysteine level and optimizes the immune system, especially in connection with folic acid in old age, thus contributing to maintaining health. In further studies, men took in more than 20 mg of the vitamin and thus had at least twice the risk of developing lung cancer. This was proven by a comparison group. In contrast, this risk did not occur in women. The risk is also increased for smokers, who may also have cancer precursors.