The second vitamin from the vitamin B series is called riboflavin, also called Vitamin B2 for short. It is essential for the body and is also known as a growth vitamin. It has some good properties and belongs to the group of water-soluble vitamins. In the following we have summarized what makes up the vitamin, what the symptoms are for a deficiency or excess and what else is important to know.

What is Vitamin B2?

Vitamin B2 is a vitamin that influences growth and used to have a different name in the past. At that time it was still called vitamin G, but nowadays it is classified as B-complex and alternatively called riboflavin or lactoflavin. It was given the latter name because it could be isolated from milk for the first time around 1920. It is usually bound to proteins and is produced synthetically as well as in food. This practice has been established since 1990, where it is preferably grown from the fungus Ashbya gossypii. The vitamin is light-sensitive, but relatively stable against oxygen as well as heat. Therefore, it cannot be destroyed during cooking. 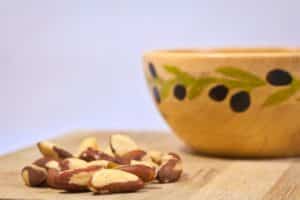 What are the symptoms of Vitamin B2 deficiency?

It can regularly be said that a deficiency in humans can be avoided as far as possible through a balanced diet. However, certain groups of people are particularly affected. The main symptoms are sensitivity to light and cracks in the skin, particularly around the corner of the mouth or on the lips. In order to detect a deficiency as early as possible, it is possible to have the EGRAC value checked in the blood. A further assumption is that migraine patients belong to the group of those particularly affected. They often suffer from an undersupply of the brain with this vitamin and therefore have corresponding symptoms.

How does Vitamin B2 work and when can it help me?

Riboflavin takes over different processes in the body. We have summarised them in a clear and concise way:

Especially for migraine patients, the additional intake of Vitamin B2 offers a chance of improvement. In the last section we have compiled a few more details about this. Because then it is often administered in higher dosages by the doctor.

Where is Vitamin B2 contained?

Fortunately, riboflavin is contained in numerous foods and can therefore easily be supplied via a balanced diet. It is often said that it is contained in dairy products, meat and fish. So also products with a high protein content. Here a small list including content in microgram, per 100 gram of the food:

A great advantage in contrast to vitamin B1 is that Vitamin B2 is not sensitive to heat and therefore remains intact even when cooked. It is light sensitive for this. This means that the food should be kept in a dark environment until it is processed.

What does the daily Vitamin B2 requirement look like for men and women?

Is there a Vitamin B2 overdose?

There is no known overdose of Vitamin B2 in humans. To suffer from poisoning symptoms or similar is very small. As a rule, it is the same as with all other water-soluble vitamins in which an excess is excreted by the body without problems and therefore no problems occur.

If a supply cannot be guaranteed by means of a regular diet, there are corresponding dietary supplements on the market. Since it can also be genetically modified, it is added to some foods and also approved as a food colouring. However, there is a maximum limit for this, which should be observed at all costs. For example, it is automatically contained in some creams, ice creams or desserts.

It is also processed in mayonnaise or various pasta products. In addition, some foods for infants are enriched with riboflavin to achieve a higher vitamin content. Because it is classified as relatively harmless, its use is very wide-ranging. Special products that are used as dietary supplements are often combination preparations in which a content of the other B vitamins is also present. 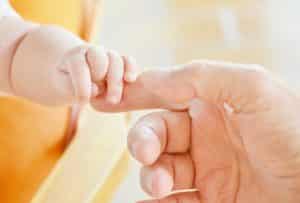 In particular, scientific studies have been conducted on Vitamin B2 in terms of its ability to fight migraine or headache attacks. Some of these studies show that the frequency, duration and severity can be significantly influenced by riboflavin. Coenzyme Q10 and magnesium are also under discussion. Thus within this study even a prevention possibility is spoken of, by means of which one can control the seizures and duration well and these micro nutrients have a good effect.

Additionally in the range of the psychopharmaceuticals for example medicines are used, which contain this Vitamin and affect so the metabolism. These include oral contraceptives as well as tricyclic antidepressants. The latter are used in particular for migraine prophylaxis and are effective. For general prevention a dosage of 5 to 20 micrograms is appropriate, for migraine higher doses between 200 and 400 micrograms should be administered. When taking tricyclic antidepressants, however, the specific interactions that can influence other processes in the body should not be ignored either.

On the other hand, a quite contradictory discussion was promoted in a data analysis in which it was a question of a permanent, increased intake of Vitamin B2 leading to an increased risk of lung cancer. The data from 77,000 test subjects were recorded and reviewed over a period of ten years. The group of men was particularly striking, and their risk even doubled. The risk for smokers was also even higher.