The first vitamin found when looking for B vitamins is Vitamin B1. It is indispensable for the body and has a strong influence on our mood. We took a closer look at the vitamin and explain how to recognize a deficiency, whether it can be overdosed and give more information.

What is Vitamin B1?

It was first discovered in 1882 by the Japanese Kanehiro Takaki, who successfully used the vitamin to treat a Beriberi disease. Vitamin B1 is a vitamin that is also known as thiamine or aneurin. Thiamine, however, is the more common name. The vitamin can already be recognized by its peculiar smell and is indispensable for the body. It is also known to lose its importance in food if it is heated too much. It is one of the first to get lost in the process. Moreover, in recent years it has become increasingly known that in some countries foods are additionally enriched with the vitamin to compensate for a possible deficiency. However, this is not yet common practice in Germany. 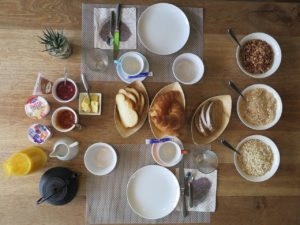 What are the symptoms of a Vitamin B1 deficiency?

Since thiamine is indispensable for the body, a deficiency becomes noticeable relatively quickly. For example, it has been proven that after only 14 days, the reserves in the body are used up to 50 percent. Anyone who has a deficiency often suffers from irritability or becomes depressed. It is not for nothing that it is also called mood vitamin. In addition there is fatigue and loss of appetite. Frequent headaches are also characteristic. In the worst case, it can lead to edema, low blood pressure or heart failure.

The body is no longer able to produce enough energy without thiamine, which is also noticeable in the muscles. A permanent deficiency also quickly leads to diseases such as Strachan syndrome or Beriberi. Special attention should be paid to older people who suffer from Alzheimer’s disease. With them the danger of a lack is practically always present, since they cannot use glucose and oxygen no more correctly in the brain.

How does Vitamin B1 work and when can it help me?

The water-soluble vitamin performs numerous tasks in the body. Here is a small overview:

It is also said to have better properties if the body is also treated with vitamin B6 at the same time. For example, it is ideally possible to react to metabolic reactions and the body’s own function of the nervous system is improved. In this combination they also have an analgesic effect.

Where is Vitamin B1 contained?

Vitamin B1 is ideally absorbed through food. However, it is important that the aforementioned sensitivity to heat is taken into account. When cooking, it is categorically destroyed because it is water-soluble. It should also be noted that fish contains thiaminase, for example, which automatically destroys the thiamine it contains. Also the substance is destroyed for example with the production of white flour, since the brown germ, in which the Thiamin is contained, is removed with the processing of the remainder. Here is a top 10 list of foods that contain Vitamin B1, including the mg content per 100 grams of food:

What is the daily Vitamin B1 requirement for men and women?

The requirement varies depending on the age group and is correspondingly higher or lower. Gender is also a decisive factor here. For example, an intake of the following doses is recommended:

It is already known in Germany that there is a poor supply of B vitamins. This deficiency is particularly present in whole grain products, which are considered to have a higher content than the regular variants. Nevertheless, a deficiency is largely non-existent.

Is there a Vitamin B1 overdose?

It is almost impossible to achieve an overdose. But there are rare cases in which this actually happens. In this case, hypersensitivity reactions occur, which can even lead to shortness of breath or shock. Therefore, an additional intake of thiamine is only recommended to a limited extent and provided that a control takes place.

Are there any support preparations?

Before you start taking B1 supplements, it is advisable to consult your doctor in detail. The doctor’s instructions must be strictly followed so that high-dose products are not overdosed. The market offers numerous dietary supplements that can be used for your purposes, each with a very different dosage. Therefore the previous consultation with a specialist is anyway recommendable. Thiamine tablets with a content of 50, 100 or 200 micrograms are common. However, these do not replace a balanced diet and should therefore only be taken if really necessary.

Vitamin B1 was considered scientifically especially with regard to administration, if for example an alcohol disease or Alzheimer is present. In scientific reports, for example, it was pointed out that parenteral administration of Vitamin B1 can be useful, as up to 60 percent of those affected can be diagnosed with a deficiency. Gastrointestinal absorption has also been an issue, which is particularly important in the field of Alzheimer’s disease. In most cases, people cannot use the corresponding substances as well as they can in a healthy state. For example, symptoms of Wernicke-Korsakoff syndrome are also treated.