Vitamin B3, which is the subject of this article, also belongs to the group of B vitamins. We wanted to know more about it and looked at its effects, how to notice the symptoms of a deficiency and whether Vitamin B3 can be overdosed. In addition, we have listed the ideal dosage for men and women below and compiled further information.

What is Vitamin B3?

This vitamin from the B group is an organic compound also known as nicotinic acid. It was first extracted from nicotine in 1867 and thus received its name. It is also known as niacin or as PP factor, whereby the latter name is now considered obsolete. In the body this substance is found in all living cells and is stored in the liver. The vitamin cannot be produced by the body itself, but it is essential for the body because it takes over different metabolic processes. Niacin is also available in two different forms: As nicotinic acid and as nicotinamide. In addition, this vitamin can be produced from tryptophan, which the body can then use for corresponding processes.

What are the symptoms of a Vitamin B3 deficiency?

A deficiency is quite rare in humans, because the body can obtain the vitamin from many sources, not least from tryptophan. However, those who eat too little protein can easily fall into a state of deficiency. Disturbances such as loss of appetite can be a possible sign. As well as concentration and sleep disorders. Furthermore, it comes to skin changes, diarrhea and depressions. Further, somewhat worse symptoms occur in the form of inflammation in the mouth and gastrointestinal tract. Finally, a permanent deficiency leads to so-called pellagra, which can even lead to dementia. Pellagra is mainly caused by foods that do not contain enough vitamins and therefore cause a deficiency. Typical for this is maize, which is cultivated outside Central America and naturally contains little tryptophan. 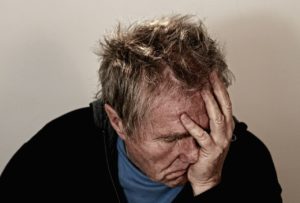 How does Vitamin B3 work and when can it help me?

The substance plays a particularly important role in the recovery of the body. For example, people from the muscle-building sector are always affected when it comes to increasing their intake of dietary supplements in the form of vitamins. This is because they have an increased need alone. In addition, an adequate Vitamin B3 balance can have a ripple effect on digestion. 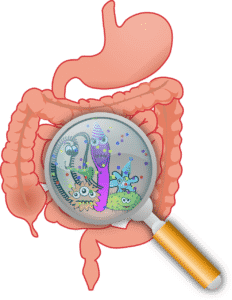 Where is Vitamin B3 contained?

In addition to typical dietary supplements, there are other sources that can be used to cover an additional need for Vitamin B3. For example, numerous foods belong to this source, as well as everything that contains nicotinic acid. For the following foods, we always follow the recommended daily intake and list the foods in the required quantities. The following amounts of food are sufficient to cover our daily needs:

Niacin is also found in foods such as fish, mushrooms, poultry, dairy products and eggs. Vegetarians will go well with cashew nuts, peanuts, dates or brewer’s yeast cover. The indicated amount assumes a total requirement of 15 mg per day. An important note: Like thiamine, Vitamin B3 is also one of the water-soluble vitamins and must therefore not be exposed to excessive heat. If the food is cooked, there is a high risk that the vitamins will be destroyed.

In addition: The body can process niacin, which comes from animal products, much better than vegetable variants. 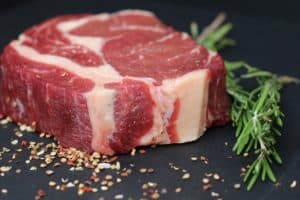 What is the daily Vitamin B3 requirement for men and women?

In principle, an additional requirement is recommended for breastfeeding women, where the daily dosage should be increased to 20 micrograms. Children manage with 5 to 6 micrograms per day.

Is there a Vitamin B3 overdose?

An overdose is defined as excess intake of about 1.5 to 3 grams per day. If you consume more than 500 mg per day, you will already experience vasodilatation. If the overdose goes in the direction of 2,500 mg per day, dizziness, blood pressure problems and a higher uric acid content in the blood will result. The worst symptoms of overdose are jaundice and liver damage. Diarrhoea, nausea and vomiting are standard symptoms.

The market for dietary supplements is large and the possibility of getting a product with niacin there is good. However, the intake should only be made under medical supervision and after advice from this. Since the vitamin has additional properties as a controller of the LDL cholesterol content in the blood, it is often used medically, where it can also demonstrate a corresponding benefit. However, there are already corresponding side effects, which one should absolutely consider. For example, in some cases too long-term use can lead to diabetes. A risk-benefit ratio must always be observed here.

Within studies, not only the positive effect of Vitamin B3 on LDL cholesterol was described. Studies also dealt with the prevention of skin cancer. Data were collected from 386 patients with an average age of 66 years. They had already been diagnosed twice with non-melanaton skin cancer within the last five years and accordingly they represented a group of patients with an increased risk of developing further tumours. They contained a daily dose of 500 mg nicotinamide over a period of 12 months, while the placebo group contained an ineffective counterpart. The result was impressive. The risk group that received niacin, for example, had a significantly lower recurrence of skin cancer. The tolerability of niacin could also be seen here. Side effects could be excluded as far as possible.