The active ingredient is a very important vitamin for the body, which is often referred to as retinol. Even if this name is not quite correct, as we will explain in the following. In this article, we will explain what this vitamin is, how much is needed per day and how a deficiency can be detected quickly.

What is Vitamin A?

The active ingredient is a fat-soluble vitamin, retinol is the common name, but it belongs to a whole group of substances. Retinal belongs alongside retinol. In addition, the treatment is decisive. If, for example, it is converted, retinyl palmitate is formed. In this storage form it is also most present in the liver of the body. The active ingredient is absorbed through a vitamin preparation or, even better, through food. Retinoic acid and retinal, on the other hand, can be produced by the body itself. Together with other lipids, it finally accumulates in the intestine, where it is transported to the liver after esterification. A starting material for the admission of the active ingredient are β Carotin, as well as α Carotin and β Cryptoxanthin. The basic task of the active ingredient is to take over biological functions in the body. Not every living being, on the other hand, is able to absorb the substance through food (some cat species, for example, are excluded from this). 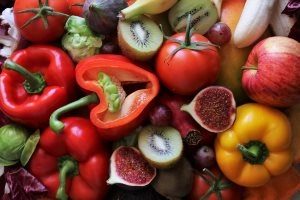 What are the symptoms of a Vitamin A deficiency?

Since retinol is often referred to as a visual vitamin, a deficiency primarily results in poorer vision. In the worst case, night blindness occurs, which is due to the fact that the body often uses the vitamin to produce visual dyes and can also be held responsible when it comes to distinguishing between light and dark. In medicine, this deficiency is also called hypovitaminosis. The body is more susceptible to infections, the skin becomes dry, as well as nails and eyes. One cause of this deficiency can be stress, but it is generally very varied, how it can come. For example, people who are regularly exposed to too much sunlight and are still light-skinned can easily run the risk of suffering a deficiency. Furthermore, certain medications have a negative influence on the absorption of the vitamin into the body.

How does Vitamin A work and when can it help me?

Retinol performs many tasks in the body. This also includes:

It is therefore a versatile vitamin which the body uses in different ways and for different purposes. 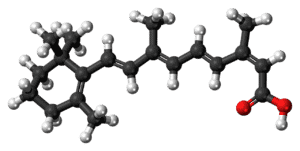 Where is Vitamin A contained?

Fortunately, the active ingredient can be found in numerous foods, which can therefore be beneficially included in the nutrition plan. A distinction is mainly made here between animal and plant origin. The following foods are among the top 10 (the information in brackets indicates the content of the retinol equivalent in micrograms per 100 grams of food):

The active ingredient content always depends a little on how the respective food is consumed. The content of raw corn or spinach is much higher than that of cooked or already prepared food. It is therefore important to always know exactly how you can benefit most from a deficiency that is to be compensated for by food.

What is the daily requirement of Vitamin A for men and women?

The daily requirement of the active ingredient varies according to sex. For example, women need 0.8 mg the active ingredient daily, while men should take 1.0 mg. With regard to the dosage, it is easy to orientate oneself on the values of the foods and calculate these using the calculation bases given below. Special care should be taken with women when they are pregnant, as too high a dosage can lead to deformities in the child. During this time, you should refrain from taking any additional products. In addition, depending on the symptom to be treated, a different method of treatment is recommended. For example, acne, which can often be treated with certain products containing the active ingredient, can be treated differently.

Is there a Vitamin A overdose?

Are there any Vitamin A supplements to support this?

The dietary supplement market offers a wide variety of Vitamin A supplements for deficiencies. They are usually available without a prescription. However, higher doses require the issuance of a prescription. The regular dosage is 2,500 micrograms, which is already higher than the normal daily requirement. The most common dosage form is tablets, capsules are also available. Here it is important to always pay attention to the dosage level in order to avoid overdosing in the long term. 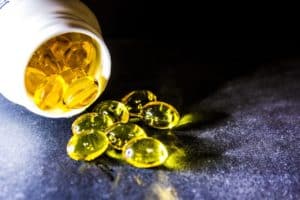 Science, which has been very interested in vitamins, has found that there are hardly any differences in the quality of different products. They differ mainly in terms of dosage, which is just as important for success. Vitamin A is scientifically divided into biological and medical categories. In addition to retinol, retinol esters, retinyl acetate, retinyl palmitate and retinyl propionate, which are metabolized with the body, also play a role in the effect. Retinoic acid derivatives, on the other hand, have no complete effect because the body cannot metabolise them as retinol. IE Vitamin A is called 0.3 micrograms retinol, while 1 RE corresponds to 1 microgram retinol, which in turn is divided into 6 micrograms beta-carotene and 12 micrograms other carotenoids.