Recently, people have been hearing about the product as an active ingredient in saturation capsules that are supposed to help people lose weight. However, only very few people know whether this is really true and, above all, whether there are also corresponding products with a corresponding active ingredient content. Today we have dealt with the general topic and summarize in the following all information that is important. 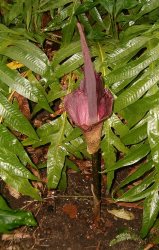 Glucomannan is an active ingredient that has a starch-like substance. These mainly consist of branched carbohydrate chains and are formed from D-mannose and D-glucose. This active ingredient is mainly obtained from the so-called devil’s tongue, but also from other plants such as the konjac root. The active ingredient is mainly used in industry to provide the necessary saturation in dietary supplements. Differently than with other Di?tmitteln it is here however in such a way that this is natural origin and thus by far the side effects or bad characteristics with itself does not bring, as it is usual. Within Germany, this active ingredient is approved under the number E425 and processed in various foods. One of these is the glass noodle. At the same time, it is used in other substances that originate predominantly from Asian cuisine. In China, by the way, the substance has been used in nutrition for over 1,500 years. As we know, in Asian cuisine it is mainly the curative effect and property of a food that is used to advantage. The active ingredient mentioned above has the following properties:

Overall, it has a considerable influence on the metabolism of positive nature and is therefore a valuable element in the diet, which can be exploited. With saturation capsules it is primarily used to suppress hunger and, for example, to prevent eating attacks.

How does Glucomannan work?

Due to its property as a water-binding substance, it is able to swell up in the stomach and thus reduce the feeling of hunger. This is particularly used in the food industry to advantage when a diet is on the agenda. It avoids cravings and thus the relapse to weight gain. From a medical point of view it is regarded as dietary fibre, which has a positive effect on intestinal health. In the stomach it swells to a gel-like pillow, which lends it also gladly the name Konjak gum. 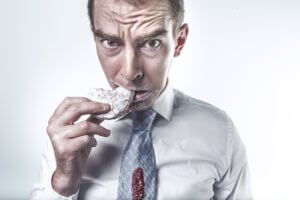 We wanted to know more about it and have looked into various studies of a scientific nature that have taken a closer look at the product. For example, the consumer advice centre has reported in detail on the product which is supposed to contribute to weight reduction due to its swelling properties in the stomach. What has been criticised is above all that the long-term effect does not occur. Information was also provided about the risks. Thus the taking is always connected with much water, since otherwise a blockage is risked. In the worst case, there is even a risk of suffocation if you drink too little while taking it.

The report also referred to EFSA, the European Food Safety Authority, which also described the basic properties that a product, including Glucomannan, must have in order to qualify as a weight loss aid. For example, a daily intake of at least 3 grams of Glucomannan must be guaranteed, which must be taken 1 gram at a time in combination with two glasses of water before meals. A success came according to the authority mainly only if a healthy nutrition was aimed at at the same time and an income of over three months had taken place. As far as the cholesterol levels in the blood are concerned, which the active substance is supposed to influence, this change only occurs if 4 grams are taken daily.

Further changes in the body were not recognized by the authority.

Does Glucomannan have side effects or is it dangerous?

Because the active ingredient from the konjac root is a natural product, it is very well tolerated and can be used by many groups of people, especially if they have diabetes. However, there is always a risk of suffocation or constipation as a result of taking it.

It is therefore recommended to take the products with as much water as possible.

Two glasses of water are always recommended. If your throat is too dry, you should drink something first, because in the worst case the pills can get stuck in your throat and thanks to the immense swelling properties there is a danger of suffocation.

Who is Glucomannan suitable for? 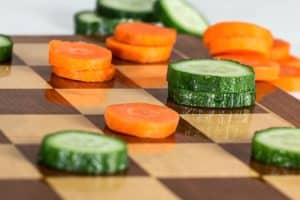 How do I take Glucomannan?

Today, the active ingredient is offered in the weight loss industry in a wide variety of dosage forms, but usually as a tablet or capsule. The products are usually coated with a thin layer of cellulose or similar so that they do not unfold before ingestion or the aim of administration and can thus lead to suffocation. The tablets or capsules should always be taken with at least two glasses of water so that the active ingredient from the konjac root can unfold well and possible constipation is avoided. Depending on the product, it is necessary to take it three times a day, depending on the dosage of the active ingredient in the tablets. As mentioned earlier, only a dosage of 3 grams will really do anything if you want to lose weight, 4 grams influence the cholesterol level, which is not the case with most products of this kind.

What do I have to pay attention to with the Glucomannan dosage and why?

The dosage only makes sense if it contains 3 grams as a daily dose, because only then does it show the desired effect in the body. The capsules or tablets should never be sucked, but only swallowed completely. Chewing or biting is also not recommended. It is important that a dosage instruction is always printed on the packaging and that the warning ‘… that there is a danger of suffocation for consumers with swallowing difficulties or insufficient fluid intake’ is also printed. Without the supply of sufficient water, the active substance will not get into the stomach. In addition, one should refrain from taking it if one is hypersensitive to konjac or cellulose. Taking it is also not recommended if gastrointestinal diseases are present.

Can I lose weight with Glucomannan?

In today’s food industry, the active ingredient Glucomannan is mainly used for weight reduction. The active ingredient can also be used to lose weight, as it inflates in the stomach and accordingly reduces food intake. The problem is that the stomach does not shrink as a result of this procedure and there is hardly any long-term success. If no attention is paid to a balanced diet, long-term success is not to be expected. After a discontinuation of the substance, it is usually the case that one is more hungry again and therefore eats more. Defacto one increases the lost weight fast again. We recommend the following products:

Can I use Glucomannan to build muscle?

The active ingredient is practically useless for muscle building, as it neither stimulates fat burning nor has a major effect on metabolism. The substance is mainly used to lose weight, where it has an effect by swelling up in the stomach and thus causing less hunger.

Where is the best place to buy Glucomannan?

If you are interested in the products containing Glucomannan, you should first of all look for experience reports that deal with the subject. On the basis of these, it is possible to make a good choice and accordingly to acquire an effective remedy. Most of the slimming products that deal with it are mainly available in capsule or tablet form and are therefore ready to eat. In the Internet there are many lists, tests and evaluations to different products of this kind, which one can make oneself with the selection very well use. However, one should also pay attention to the quality and processing of the respective products in order to obtain the best possible slimming preparation. 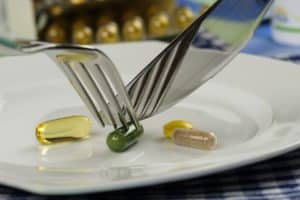 What is the general Glucomannan experience?

As far as the experiences are concerned, they usually coincide with the studies and the effects described therein. Most people can lose weight very well with the help of the saturation capsules, but afterwards they usually have the problem to regain the lost weight, which is mainly due to the fact that the stomach has not been reduced in size. The product reduces the feeling of hunger and thus ensures a lower nutrient intake and therefore you lose weight automatically. However, it is always recommended to think about your diet at the same time and to adapt it to the conditions that favour weight reduction. Only then is it possible to lose weight in the long term.

Anyone who wants to try out the saturation capsules is welcome to do so, but should be aware of the risks as well as the long-term effect. This means that you should first and foremost review and rethink your diet, as this is crucial for weight loss. As a result, it is advisable to look at different products of this kind in order to find the right one for your own needs. Only if you have purchased a high-quality product and consistently follow the diet and live healthier beyond the point of ingestion, the sense of the extract from the konjac root is really expedient. Here are a few products we can recommend: