Why pay nearly a large amount of money on a translator if Google can translate for you for free? That is probably the most common concern when purchasing a translator. With so many products and services available online for free, why pay for access to quality translation? To find out, let’s find out what you need to look for, and the advantages of the devices in this translator device buying guide. Having a translator can be crucial if you spend a lot of time in foreign countries, and especially if you travel through a few of them quite often.

Before we get directly into the buying guide, we need to look a little bit into what Google can do for us.

Google Translate launched to the tech giant’s Google product line in 2006. It is an online translation service that offers translations of texts, lyrics, images, documents, handwriting, websites, and apps. Although it does not yet complete universal translations, the translation service supports 103 languages, and it is free. Since its launch, Google Translate has had several engine updates, the most recent of which includes a deep learning technology that allows the software to “learn” while in use. The latest technological developments have increased translation accuracy by moving from basic “word for word” translations to phrases and sentences translated as a whole.

The way that Google translate used to work was by translating from one language into English and then to the final language of choice. However, now translations are configured directly from one language to another, instead of using English as an intermediate language. Although that all sounds very good, we need to look at the ability of some of the translator devices available.

Choosing which pocket translator to buy can be a daunting task. This article is to help you understand the different features of a conversation translator so that you can choose the one that works best for you. We will cover all aspects of a pocket translator, from the ease of use to the number of languages ​​covered, the quality of the translation, and additional functionality. 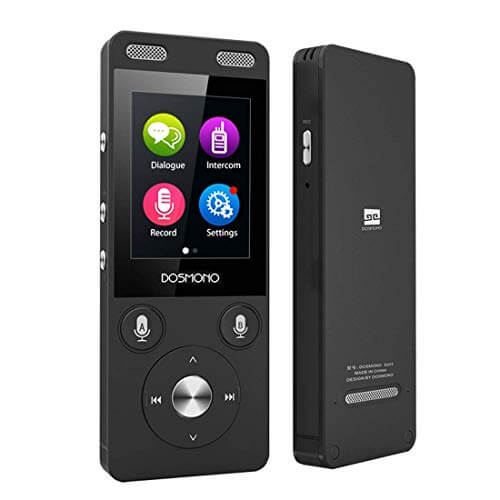 First of all, a language translator will help you understand your interlocutor. Therefore, the device you wish to purchase must support the language(s) you want to translate. Remember that you may not need specific language assistance at the moment, but who knows where your next trips will take you. 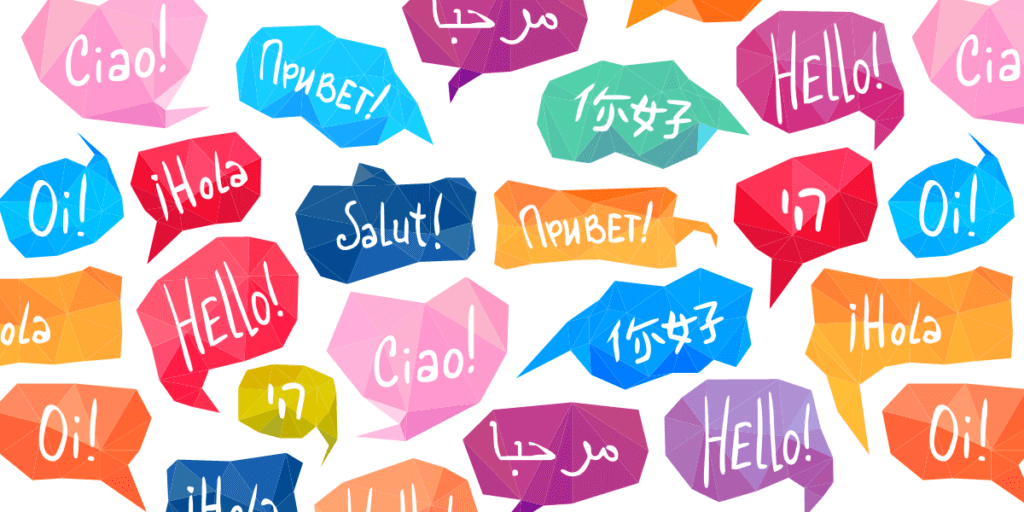 And let’s be clear, a conversation where only one person can be understood; is not a conversation. Be sure to choose a two-way translator for more natural use.

The quality of translations is even more important than the number of languages ​​translated by your translator. And therein lies precisely the weak point of the intelligent translator. There are two things to watch for: how many translation engines does the translator use, and does it use Artificial Intelligence to improve its instant translations?

You will need to pair your app-assisted translator via Bluetooth to your phone and control it through the app.

These application-assisted translators may be less expensive than their stand-alone counterparts but are much less easy to use and require you to fumble with both your phone, an application, and the translator. You can also get your phone stolen if you take it out to less safe places and leave it with an unknown person.

You can easily recognize translators assisted by their application since they generally do not have a screen. Do some research before buying, as some app-assisted translation devices try to hide the fact that a smartphone and an app are required to use their device.

Travelling can be noisy. Whether you are in a bazaar, negotiating a beautiful old lamp, or talking to your taxi driver, you want your conversation to be effortlessly picked up by the microphone of the pocket translator. You also want to make sure that the loudspeakers speakers are powerful enough that you can also hear the translation. Look for a pocket translator with dual noise reduction microphones so that it captures every word clearly and precisely. As far as the speaker is concerned, a speaker of 5W or more will do a great job of providing crystal clear playback.

As for screens, look for touchscreen devices. They will significantly facilitate the use of your digital translator. Tap the languages ​​you want to translate, and you’re ready to use it. When it comes to size, you’re looking for something big enough to read translations comfortably without compromising portability. 6.1 cm (2.4 inches) is an ideal size because it fits perfectly in your pocket.

Fast translation is essential during a conversation, and that’s where a good processor comes in. The latest universal translators come with quad-core processors perfect for almost instant translations. However, it is best to check what processor you will get in your purchase, as you do not want to end up with inferior results.

A pocket translator should be easy to use. Look for pocket translators that support your native language as the system language so that you can have all of the menus and settings in your language. Another cool feature to have is voice commands. With the voice command, you can select the languages ​​you want to translate by indicating a control such as “Select English to French.” The translator will then automatically select these two languages ​​without you having to press any button. Perfect for countries with a cold climate where removing your gloves is sometimes torture.

You don’t want to be out of battery while talking. An efficient battery will, therefore, be useful to you. 2500mAh and more will give you several days of autonomy. If you think that you will use the translator more often than the battery will allow, take a look at our portable charger buying guide here. Although they are labeled as mobile phone chargers, providing the translator has a USB port and a cable, you will be able to charge the device with them.

No one likes roaming charges, but it has become essential to keep your devices online while traveling. Some pocket translators can transform themselves into a mobile access point and share their Internet connection. In this way, you can connect several devices to the same Internet Hotspot (created by your translator) and thus use a single SIM card to keep all your devices connected. It is ideal when traveling in a group. 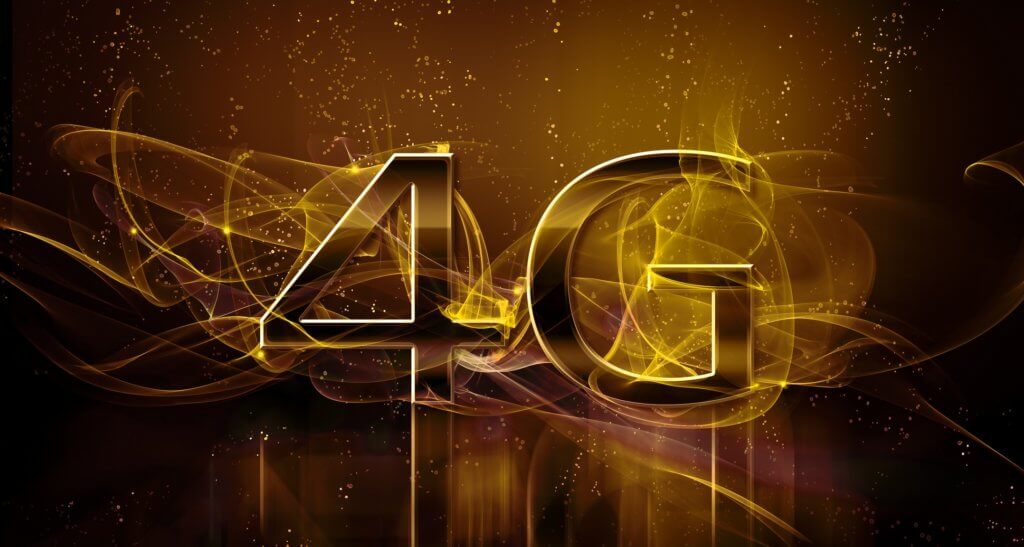 When you use your pocket translator offline, a limited number of languages ​​will be available, and the translations will work better with simple words or short sentences than in a real conversation situation.

Fortunately, keeping your translator online is less daunting than it seems. If WiFi is available, connect to the WiFi network. You can also share your phone connection via a mobile hotspot.

Do you want your device to stay connected to the Internet at all times? That is where 4G comes in. Insert a 4G compatible SIM card into your pocket translator and enjoy the best translation quality and the best translation speed wherever you are. There are even affordable SIM cards available with preloaded data that you can use in many countries at no additional cost. Search for “ international SIM card,” and you will easily find one for less than $30.

Therefore, it is clear to see that is you are only using a translator for infrequent text translations; Google may suffice. However, anything more than that, and you will need something more substantial.

For high-quality conversational translations, well-designed machines are a necessity. First of all, because of its technical specifications, High-end devices surpass a mobile phone with dual noise-canceling microphones, batteries of 12 hours of use in a row, user-friendly interfaces, and selection buttons for translation and activation of voice commands.

Outdoors or in a noisy environment, decent translators can capture what is said thanks to sensitive microphones. Also, those devices allow you to hold a live conversation, thus minimizing technological interruptions between the speakers. With the selection buttons and voice commands, the conversation becomes more natural, and therefore reduces the discomfort of translation in real life.

Second, the translation device provides increased data security. No need to pass your mobile phone with your sensitive information to a stranger, or connect it to an unsecured Wi-Fi network to initiate a translation. You can connect most of them to the Internet via Wi-Fi or 4G.

Due to differences in specifications, translators and Google Translate, each have their advantages for different occasions. Translators, with their design optimized for active outdoor translations, are best for traveling, being face to face with another person, using public services, learning a new language, and practicing pronunciation. The devices are widely used in companies where multilingual communication is present, whether it is a conversation between colleagues or between different company staff.

Google Translate is more suitable for indoor translations where the phone or computer is available. It is well suited for passive translation, which includes translating documents, websites, emails, or handwritten texts. In the absence of human interaction, Google Translate is a handy tool for taking photos in the app or being installed as a plug-in on your web browser.

Machine translation is not in itself something natural for an informal conversation: the fact that there is an object between the two speakers seems strange. In such a case, the technology must be of the highest quality to minimize that effect. They must also be specially adapted for use anywhere and anytime. When traveling, meeting a foreign business partner, or visiting a hospital in a foreign country, the last thing you want is inaccurate translations, a stolen phone, a personal data leak, or a dead battery. As a result, you are willing to pay for your comfort in international situations that often require you to step outside your comfort zone. For this reason, be prepared to let technology help you most elegantly.